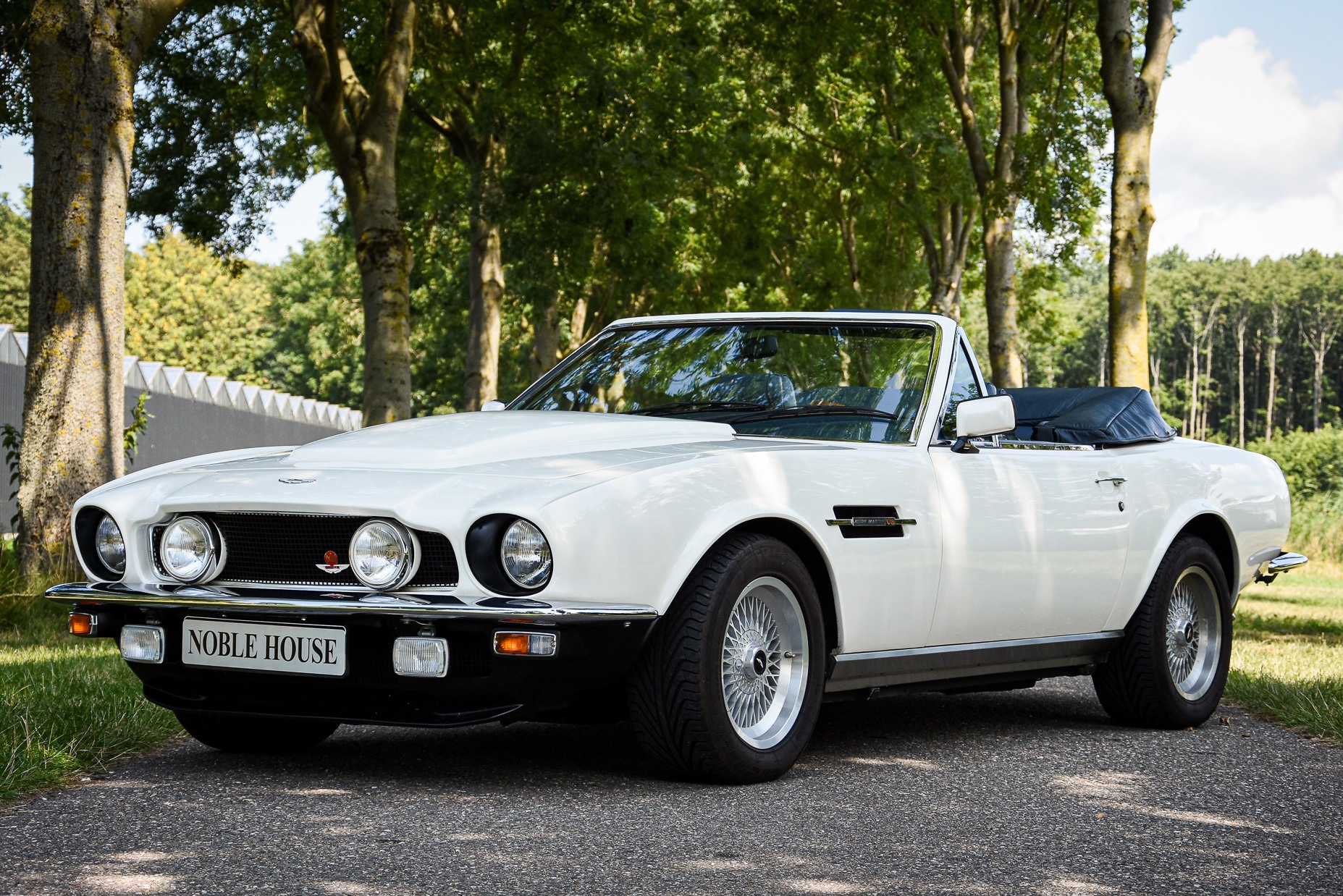 All the work done by Aston Martin in Newport Pagnell is specified in a full invoice document. The owner invested a lot of money to build the V8 Volante to “Prince of Wales” specification. After delivery he enjoyed the V8 Volante POW at his holiday house in Spain. In 1994 he decided to move the Aston Martin to his house in Palm Beach Florida (USA).

In 1996,  the V8 Volante “Prince of Wales” got a German owner and he re-registered the car in Europe.

From 1996 till 2006, the Aston Martin had 2 different (German) owners when in 2006, the current German owner took over the “Prince of Wales”. All 3 owners cared about this special classic Aston and did all the necessary work to keep the car in excellent condition. From several years, there are invoices on file which show the extensive work done on the V8 Volante POW.

The current owner decided in 2007 for cosmetical changes of the V8 Volante while he wanted to keep the car in his collection:

The last extensive work is done in 2014 and until today, the V8 Volante POW is in almost immaculate condition. She is regularly used for AMOC meetings and tour rally’s.

There are only 27 V8 Volantes built to “Prince of Wales” specification of which 22 are RHD.  This very rare LHD V8 Volante POW is just one of 5 !!