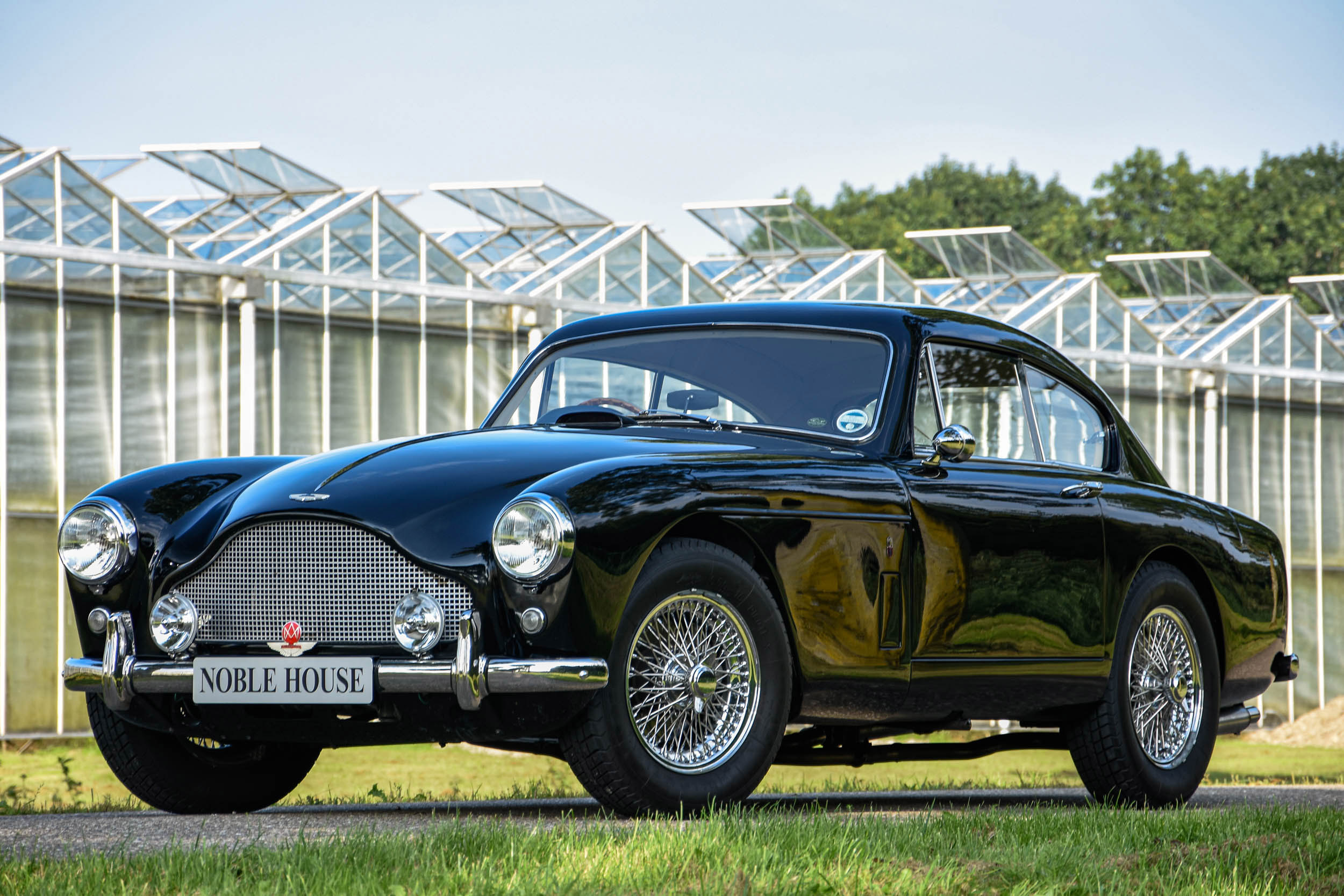 The DB 2/4 Mark III (simply called DB Mark III) is a sports car sold by Aston Martin from 1957 until 1959. In total 551 cars are made, mainly saloons. The Aston Martin is equipped with a 2.9 L straight-6 engine, redesigned by Tadek Marek. Externally the most obvious change from the DB 2/4 MK II was the DB3S-style grille, drawn up by Tickford. The interior boasted a redesigned dashboard with instruments grouped in a panel ahead of the driver.

This DB MKIII was delivered new in July 1958 to her first owner in the UK, in the colour combination of  Deep Carriage Green with Grey interior. In total the Aston Martin had 7 owners in the UK from 1958 till 1996.

In 1980, the Aston Martin was brought to a specialist for a very extensive overhaul/renovation. In a period of 4 years till 1984, gearbox was rebuilt, complete strip down of the body to bare metal was done, chassis repaired where necessary etc. The respray was done in the color Red, the color of the interior changed to beige.

As from 1985 the immense history file builds further up and contains many, many specified invoices.  Also, communication with Aston Martin specialists are in the file.

In 1996 the Aston Martin was sold to an Aston Martin collector and AMOC member in Switzerland. The DB MKIII stays in the family for 8 years till 2004. The history file shows many invoices of regular maintenance and repairs.

In 1997 the owners decides for an engine overhaul at a total cost of CHF 43.000, which is documented in a photo file. In 2004 the DB MKIII is resprayed to the current color black, again with the original trim color beige.

Almost immediately after the respray, the DB MKIII was bought by the current owner and he had the Aston registered in Germany. In 2007 an Alperform aluminium cylinder head and new camshafts were added to the Aston Martin for improved performance. At the same time, the engine block was taken apart for an extensive overhaul.

From 2007 till 2021, more than Euro 100.000,- is spent by the current owner on the DB MKIII to keep her in very good, driving condition. Over the past 14 years, the Aston Martin has been appraised 3 times with the same result: Condition 2/2+ for the German market. The DB MKIII is matching numbers.

The MKIII is part of a larger Aston Martin collection and regularly used in classic car rallies. She even has won the Long Distance Trophy for Feltham cars at the AM Owners Club. Now the owner has decided to reduce his collection, this beauty comes for sale.

With the Aston Martin comes a book with built sheet, enormous amount of detailed history documents from former owners, service records and photos from previous engine work. Also the original DB2/4 instruction book is part of the documents.