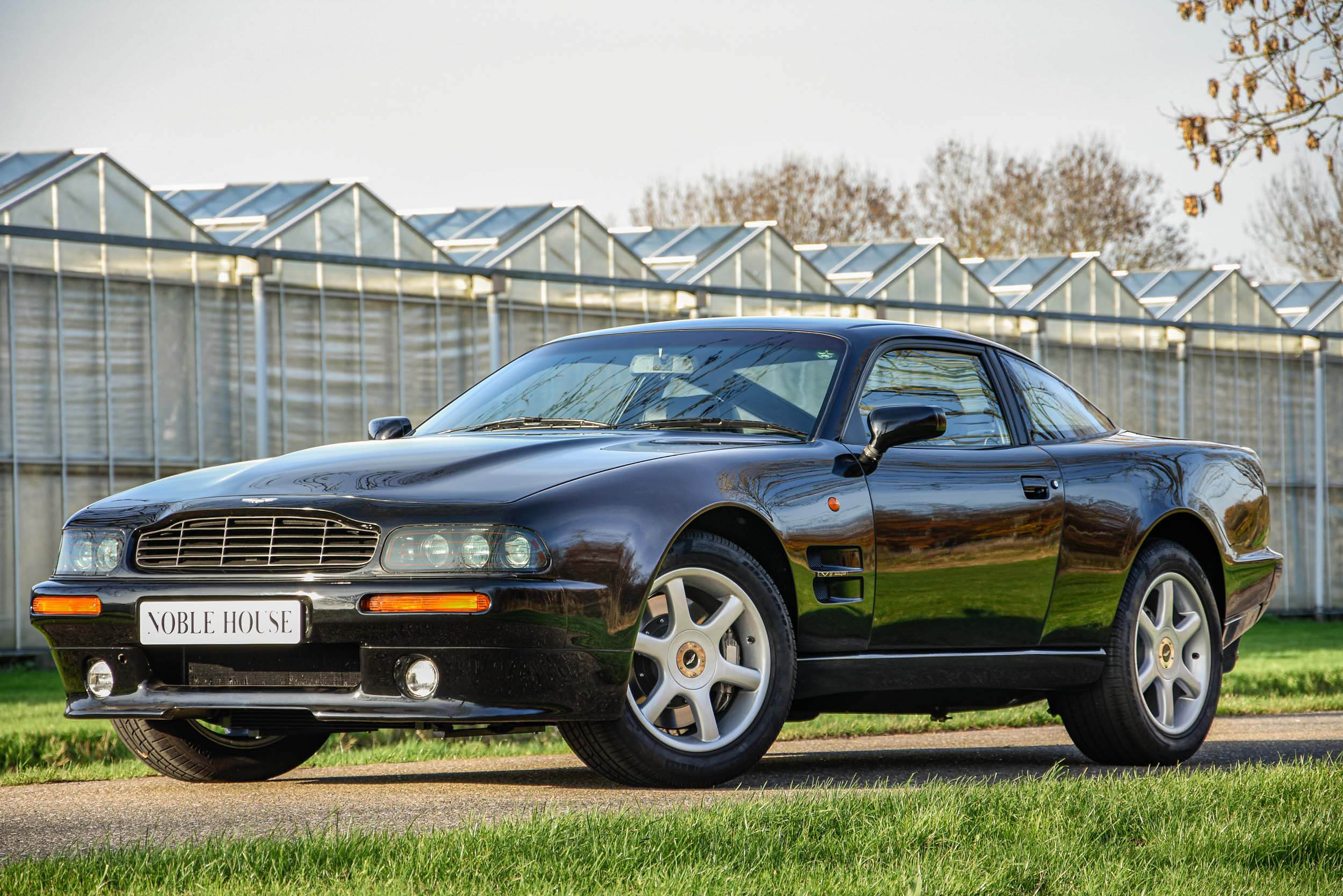 Of the V8 Coupé a mere 101 cars were built. Chassis number 79034 is the only one built in the colour combination of Cannock Black with Black interior. The Aston Martin was built February 1997 and released on 26 February 1997. Destination Singapore. The arrival was 21 March 1997, the registration was on 28 April 1997.

Little is known from that first period in Singapore. We assume that due to the size of this small state, the V8 Coupé was not driven much.  The owners and service manual is with the car confirming the low mileage driven in Singapore.

On 12 February 2002 the V8 Coupé was registered in England. The recorded mileage in the service manual with dealer stamps from an Aston Martin specialist in the UK are:

The present mileage on the odometer of the V8 Coupé is 3.398 miles.

On request we gladly give you further information about this very low mileage Aston Martin V8 Coupé.