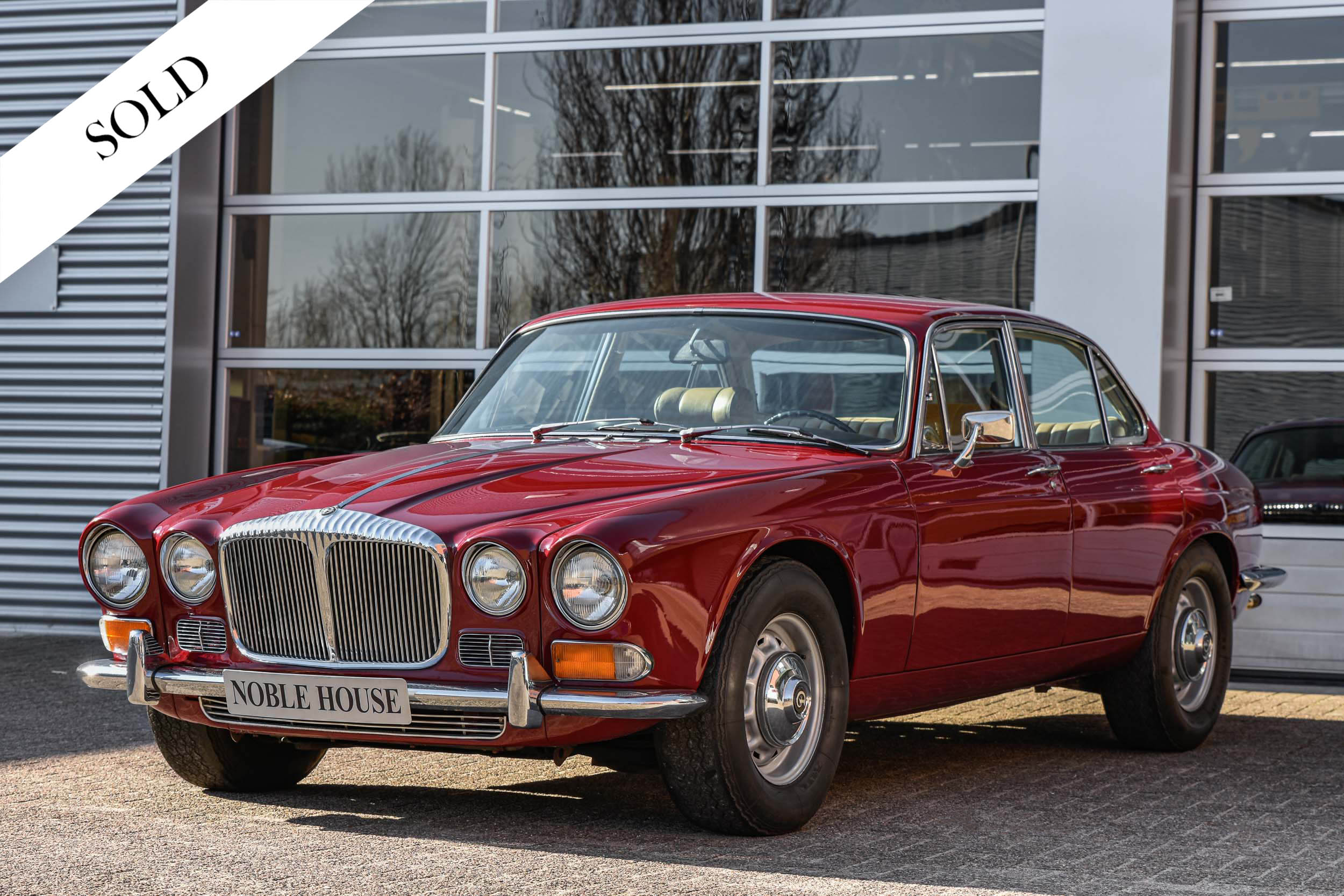 Chassis number 2A 50008 BW was built in May 1973 and dispatched to British Leyland Austria in Salzburg on 29 June 1973. The Daimler remained in stock for a while at British Leyland. It was registered on 21 February 1974, the first owner was the company E. Janko in Vienna. The registration number was W(ien) 802.

It was then bought by Noble House at this very low mileage.

The Daimler was delivered with V12 engine number 7P 4679 BW. This engine is still fitted in the Daimler and she is therefore Matching Numbers.

The Daimler Double Six is highly original, except for a repaint. Somewhere in the Eighties the colour was changed from Sable to Maroon.

After arriving at Noble House work was done to prepare the Daimler for putting back on the road. An oil service was carried out, carburettors reconditioned, fuel system flushed, fuel pumps cleaned and brakes inspected. The Double Six runs and drives but needs recommissioning.

The price level is reflecting the rarity of this car. This Daimler Series I Double Six Short Wheel Base LHD is the only one for sale in the world. So do not miss this opportunity! Seen its rarity, the Daimler is an excellent investment.