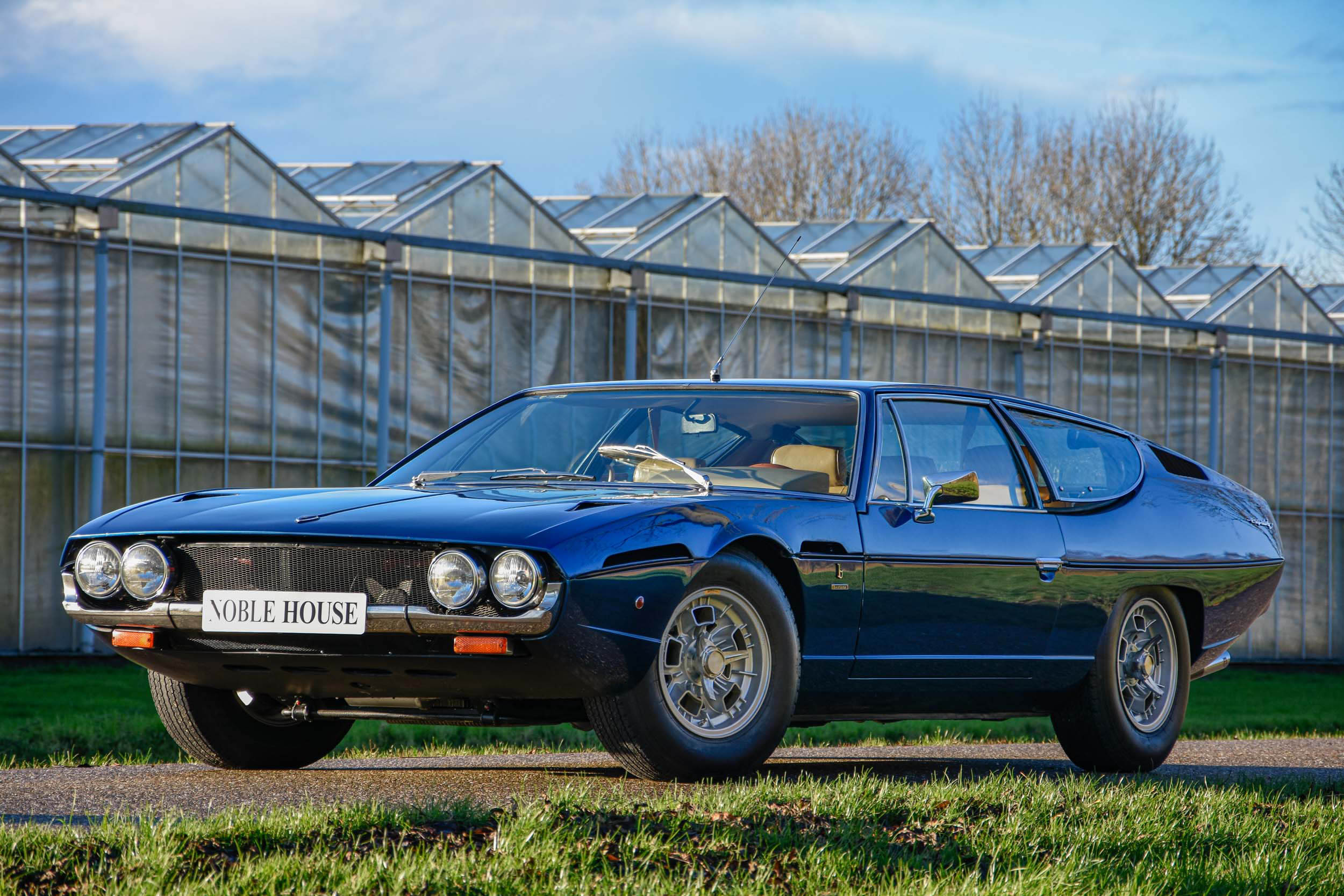 This Lamborghini Espada has been delivered as intermediate model between Series I and 2 to former German dealer Hubert Hahne in Düsseldorf, Germany.

Little is known about the early years of the Lamborghini, it probably had 5 to 6 owners up to 1991. At 23 September 1991 a registration was handed out in Offenbach, Germany, and on the attachment 5 owners were mentioned. Then the history of the Espada is unknown up to 9 April 2006, when the present (German) owner bought the Lamborghini Espada in the Netherlands.

The Lamborghini is mostly in an excellent, original condition. She has received a repaint in the original colour Blue Spettrale, but interior, engine bay, undercarriage, chrome, boot and so on are still original. They only have slight signs of use.

The engine has 325 HP, being a Series I engine. Also the engine is in an original condition.

An extensive Classic Data valuation of 14 pages was made in 2019, with an estimated value of Euro 176.000. The condition is described as “Zustand 2”.

In 2020/ 2021 a further Euro 10.000,00 was invested on service work, new wheels and a stainless steel exhaust system. The Lamborghini has a German H-registration and valid TÜV. Several, original maintenance manuals are with the car.