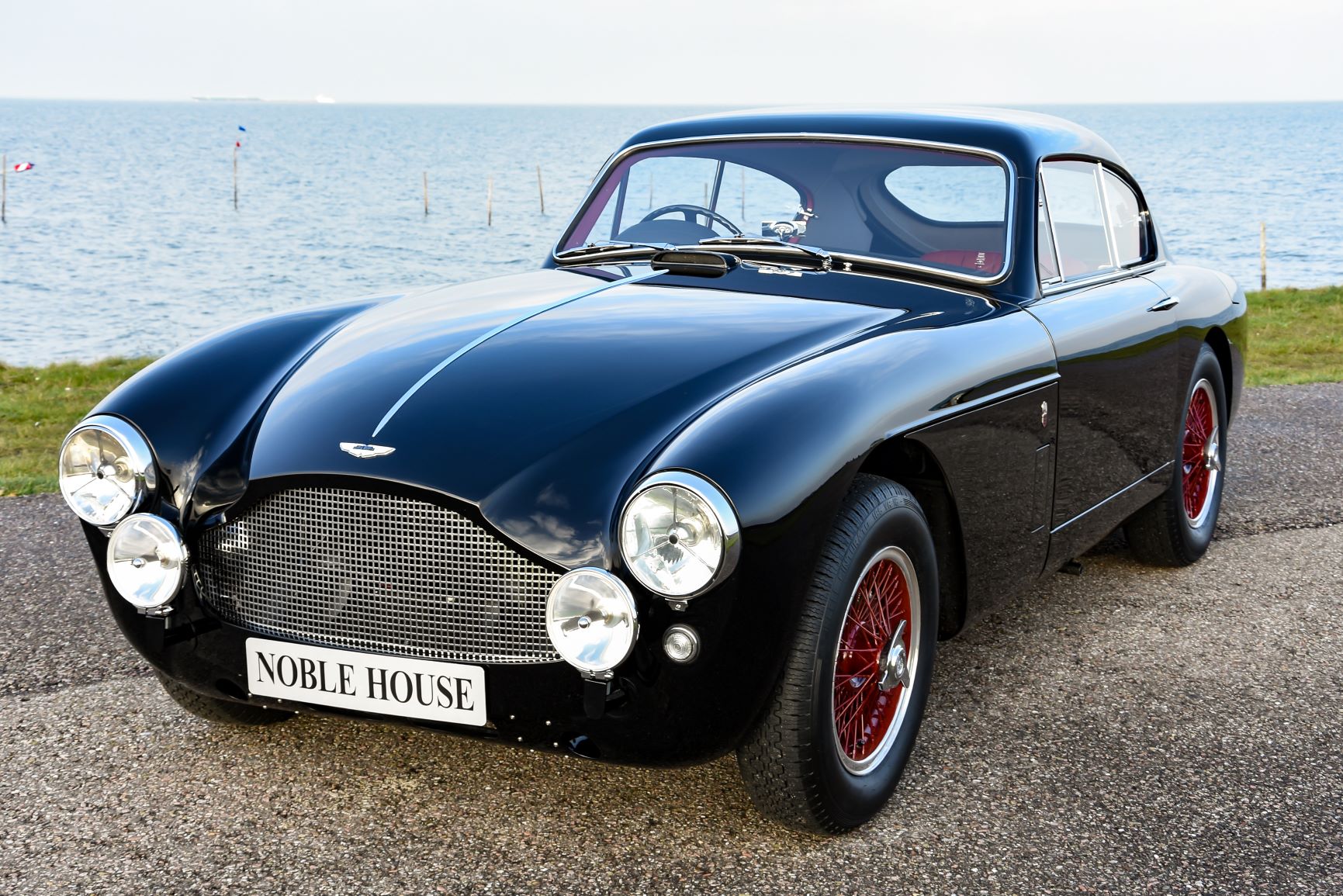 The DB 2/4 Mark III (simply called DB Mark III) is a sports car sold by Aston Martin from 1957 until 1959. In total 551 cars are made, mainly saloons. The Aston Martin is equipped with a 2.9 L straight-6 engine, redesigned by Tadek Marek. Externally the most obvious change was the DB3S-style grille, drawn up by the Tickford designer. The interior boasted a redesigned dashboard with instruments grouped in a panel ahead of the driver.

This DB MKIII is delivered new in December 1958 to her first owner in the UK in the colour Shadow Grey with Red interior. The built sheet shows that the Aston Martin is equipped with an overdrive unit.

In total the Aston Martin had 3 previous owners, all in the UK in the London area. In the period from 1980 to 1990, the extensive service history shows that the car had regular maintenance at an Aston specialist. The current owner, also living in London, bought the DB MKIII in 2015.

He immediately decided for a body-off restoration in the UK, which is just finished recently! The Aston Martin is fully stripped, all necessary bodywork is done, the engine is overhauled, the interior renewed etc. A significant amount of money is invested to get the DB MKIII in excellent condition.

To get more racing appeal and give the DB MKIII a powerful look, the exterior color is changed to black but the red color in the interior stayed.

The front racing seats are with the car and can be installed on request. Currently the original, newly trimmed red seats are installed. The front and rear bumpers are not installed for the racing appeal, but are available.

With the Aston Martin comes a book with built sheet, history documents about former owners, service records and photos from previous service work. There are almost 200 photos from the restoration available , reflecting the period 2015-2019.

The DB MKIII is matching numbers and still has her original UK (V5C) registration. The original, special license plate was issued on the 12th of December 1958 for the first owner in the UK. This DB MKIII has never left the UK, meaning that the current registration is with the car since her first day !

After the restoration in September 2019, the DB MKIII got a renewed MOT which is valid until September 2020.

A beautiful and powerful DB MKIII with recent full body restoration is a unique opportunity to add a Noble Aston Martin in excellent condition to your collection. Where else to find than at Noble House Classics !