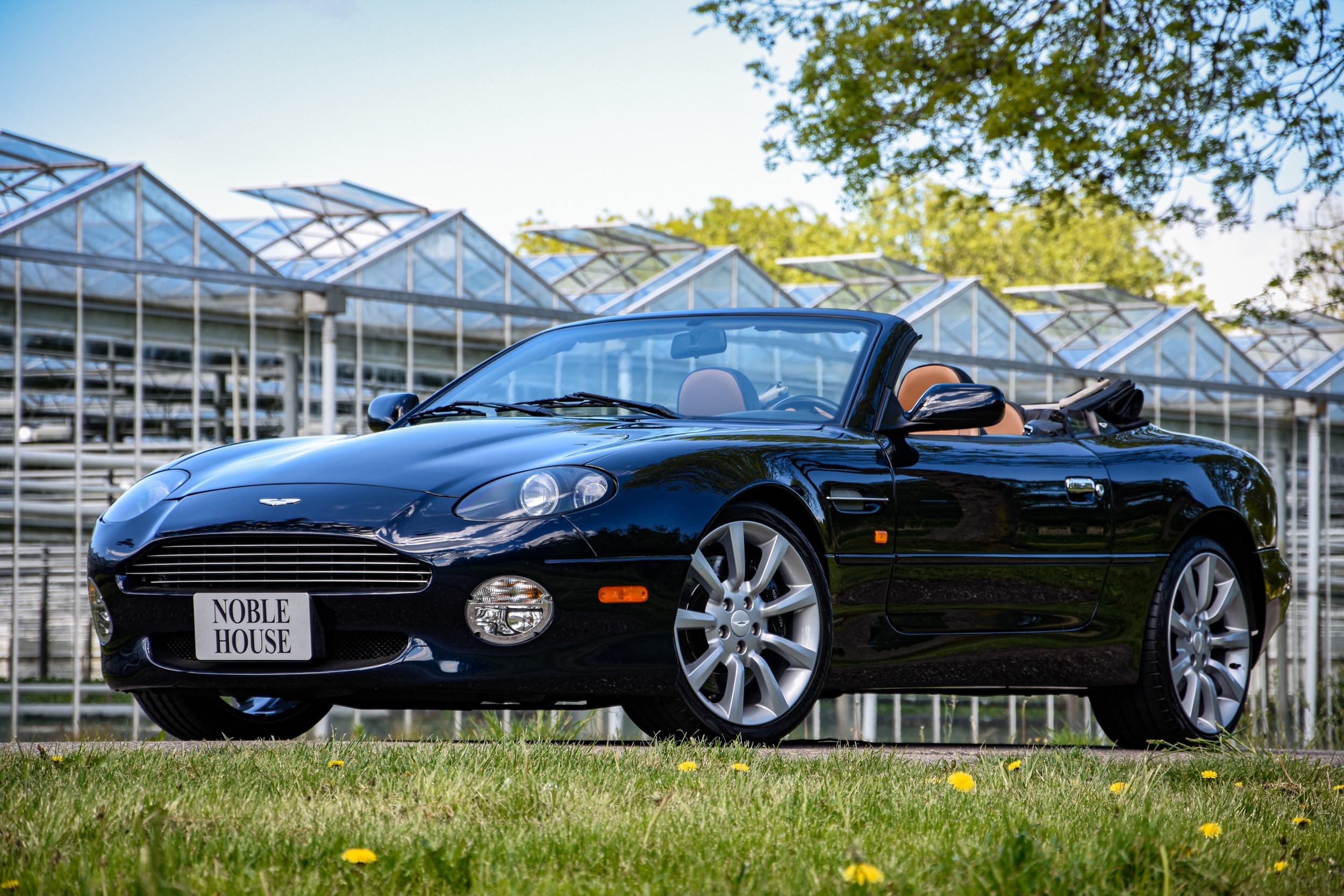 This Aston Martin DB7 Vantage Volante with manual gearbox was delivered new on 10 April 2002 in Toronto, Canada. She is sprayed (by Aston Martin) in an exceptional colour Rolls Royce Black Sapphire. Although the name suggests the colour is black, in reality the colour looks more like dark blue when she is standing in the light! Take a good look at the photos if you can find out about the colour.

The first owner drove around 12.000 km with the Aston when on 4 December 2006 the Volante manual was sold to her second owner. In 2014 the Aston Martin was purchased by her third owner who also serviced the DB7 Vantage Volante at an official Aston Martin dealer. The odometer reading then was 35.511 km

The DB7 Volante was purchased by Noble House through the garage of the last owner and after arrival in the Netherlands a thorough inspection was carried out by the Noble House team. The Aston Martin appears to be in a very good condition.

The import duties were paid when the Aston Martin arrived in Europe. The DB7 Vantage Volante comes with original Aston Martin owners guide and service book.

This very rare manual DB7 Vantage Volante ( less than 10 % of DB 7’s build were manual ) can be purchased “As is” or can be delivered with a Dutch registration, in which case the headlamps have to be changed to Euro specification.