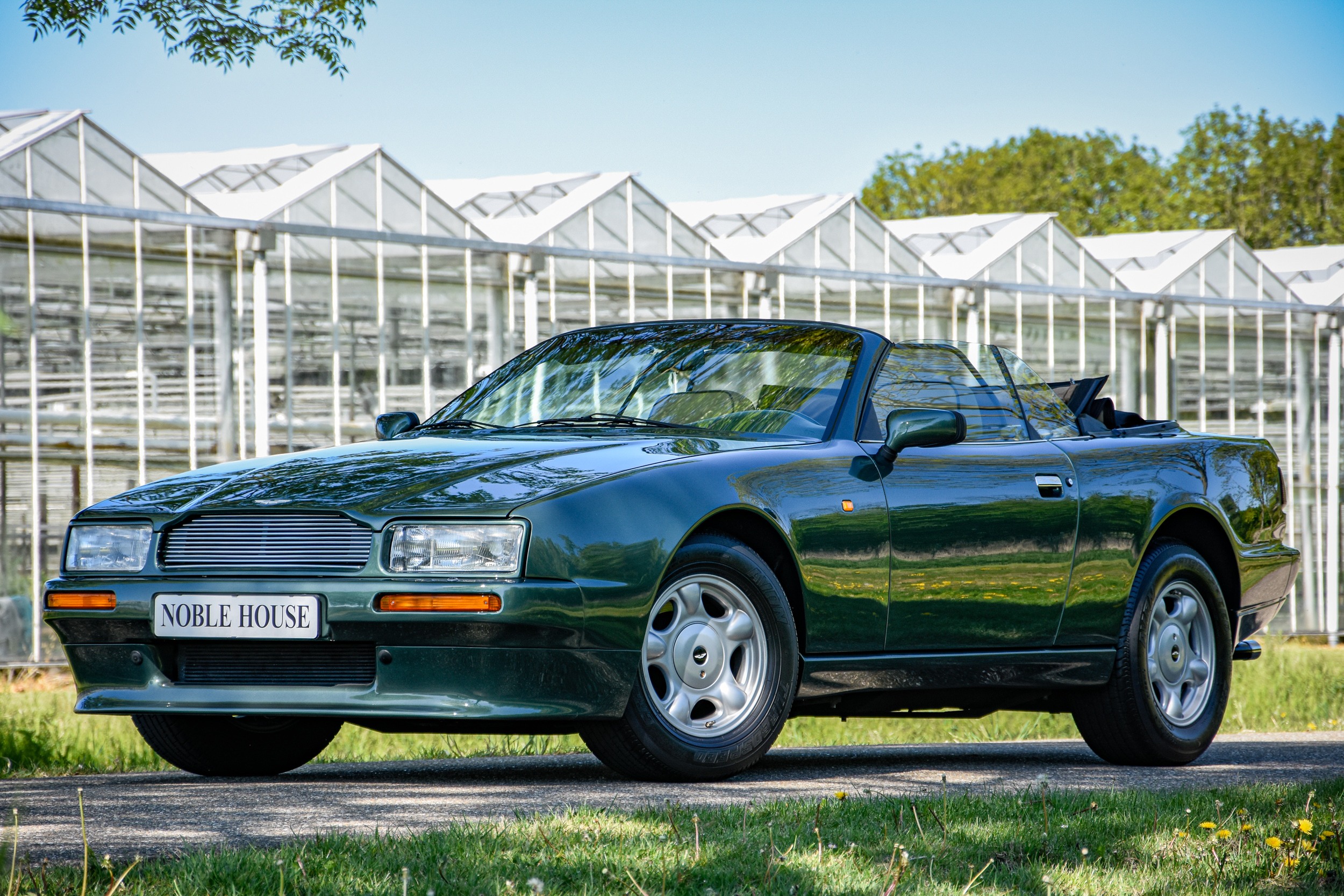 This Aston Martin Virage Volante with chassis number 60029 was delivered new on 10 November 1992 by René Michiels, Aston Martin dealer in Tisselt (Belgium), in the colour combination Aston Green metallic with beige interior. Until 2007 the Virage Volante was maintained by Aston Martin Michiels. In June 2007, the odometer was showing no more than 6.777 km.

The maintenance documents show that the Virage Volante was sold to the next owner, living in Italy, in October 2007. He enjoyed the Virage and drove about 23.000 km with the car. This owner sold the Aston Martin to a German buyer at the beginning of 2014. In march 2014, the Virage Volante was TÜV approved and registered in Germany. The odometer showed 29.350 km at that time.

In the spring of 2015, the Aston Martin was sold to a Belgian collector and due to changes in his collection, Noble House was able to buy this well maintained and original Virage Volante. The current odometer reading  is 30.950 km.

The Virage comes with a service history, original owner’s and service manual and a Certificate of Origin from Aston Martin Works.