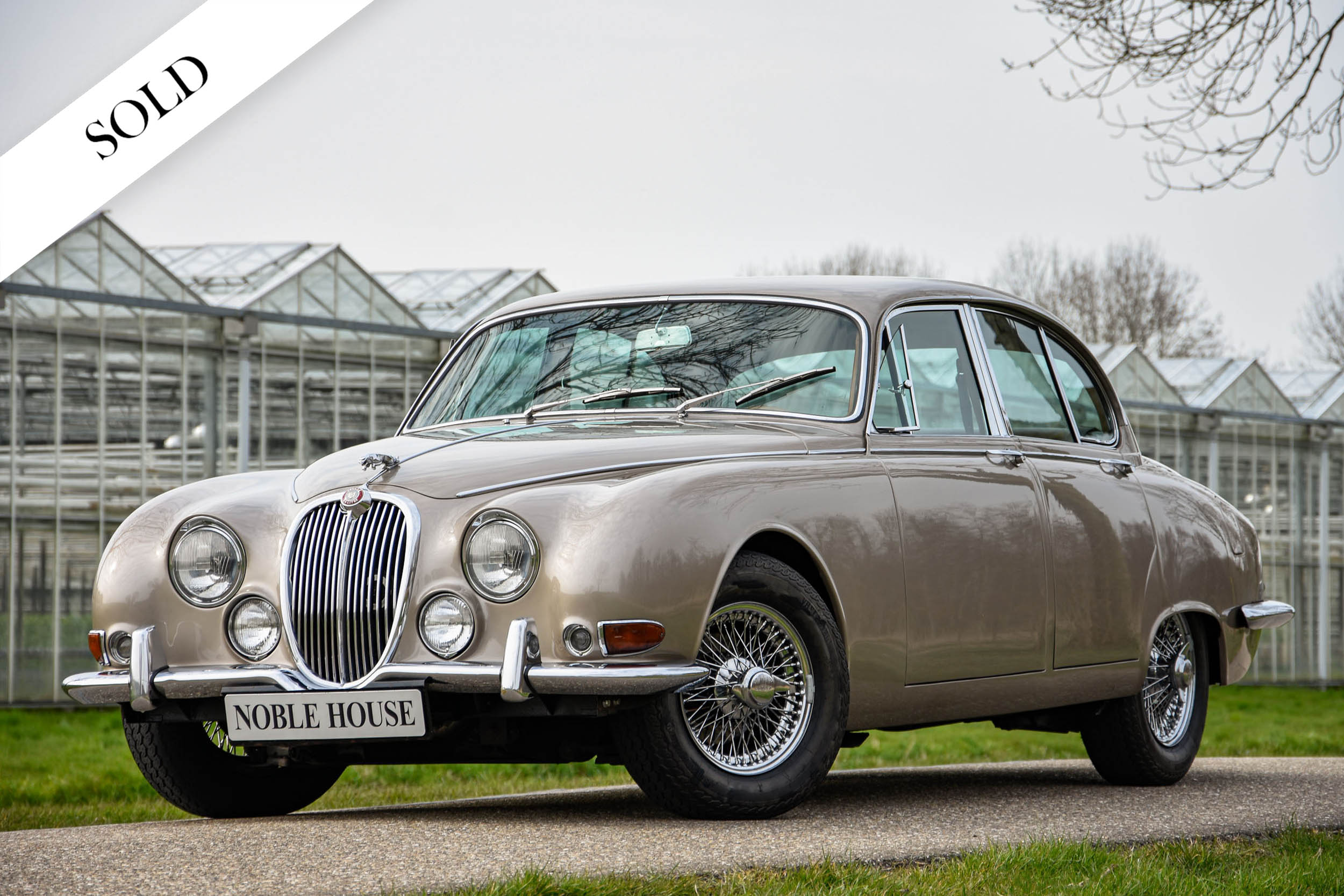 The Jaguar S-type was introduced in 1963 and benefitted from significant new technical developments within the brand. This model is based on the MK 2 but, instead of the rigid rear axle of the aforementioned, it’s fitted with the fully independent rear suspension of the 1961 Jaguar MK X, meaning that it’s more comfortable and has better road-holding capabilities.

Influences of both models are evident in the design of the S-type. Its interior looks like that of the MK 2, but offers more luxury and comfort. With its classic appearance and advanced mechanics (powerful 3.8 engine with automatic transmission!), the S-type is a true connoisseur’s choice. It’s the ultimate classic Jaguar for enthusiasts!

This Jaguar S-Type had her first owner in California who cherished the car for 30 years in which he drove less than 54.000 miles. In 1995 the owner offered the S-Type to Noble House in 100 % original condition, which means original paint, original upholstery, door panels, head liner, wood work, engine bay etc. The Jaguar was “matching numbers” and made such an impression that she was bought instantly and transported to the Netherlands.

After arrival the S-Type was sold to a Jaguar lover. He used the car in the area of Amsterdam for several years after which the car was sold in 2001 via Noble House to her new owner.

Recently Noble House bought the car back from this owner with an odometer reading of 61.645 miles. The Jaguar S-Type still has her original character and patina from 1995 when the car was bought by Noble House.

The previous owners had the car resprayed, the steel wheels were replaced by spoke wheels, the automatic gearbox was overhauled, various repairs have been carried out to the front- and rear suspension and the brakes are partly reconditioned.  In total, according to the known history, about  € 19,000,- is invested in maintenance work.

The S-Type is in a good, original condition and ready to enjoy from the start.