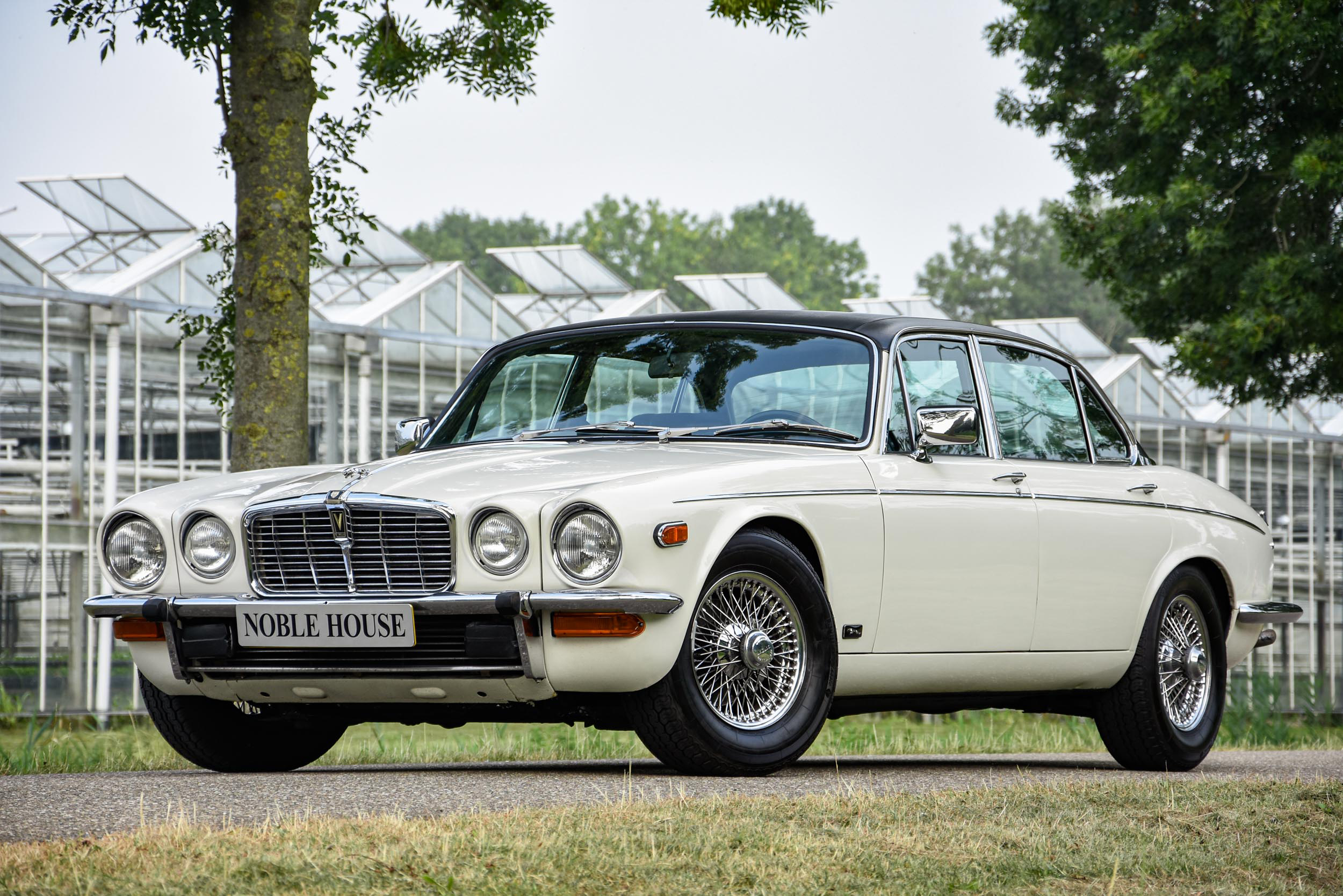 This fantastic Jaguar XJ 12 was built in the second half of 1978 and was delivered in the Netherlands to its first owner beginning of 1979. In 1986 the Jaguar entered the life of Kees Huis in t Veld, the founder of Noble House. One of the first clients of Noble House visited Kees back then, together with a friend who owned the white Jaguar. Kees was struck by its beautiful appearance immediately and when in 1990 the XJ 12 came in the hands of the third owner, it was handed over to Noble House for service. What a joy to see this wonderful preserved Jaguar again.

Being part of a small Jaguar collection ( the owner also possessed an immaculate MK II, XK 140 DHC and a XJS TWR ), the XJ was used sparingly. Because the owner wanted to have the XJ improved, Noble House carried out the following work in the period 1992-1993:

Due to pressure of work, the owner hardly used the XJ 12 and offered Noble House the possibility to buy the Jaguar. We bought her in 1995 and of course she stayed in the Noble House collection. Since then the XJ is used sparingly for summer rides. The present km on the odometer is 89.763, in March 2015 the km was 87.193.

This Jaguar is one of the best XJ 12’s in the world, still has her excellent original interior and is of course matching numbers. It gives you a unique chance to buy an impressive and unmolested  Jaguar, which was used as hobby car since the mid 80’s.