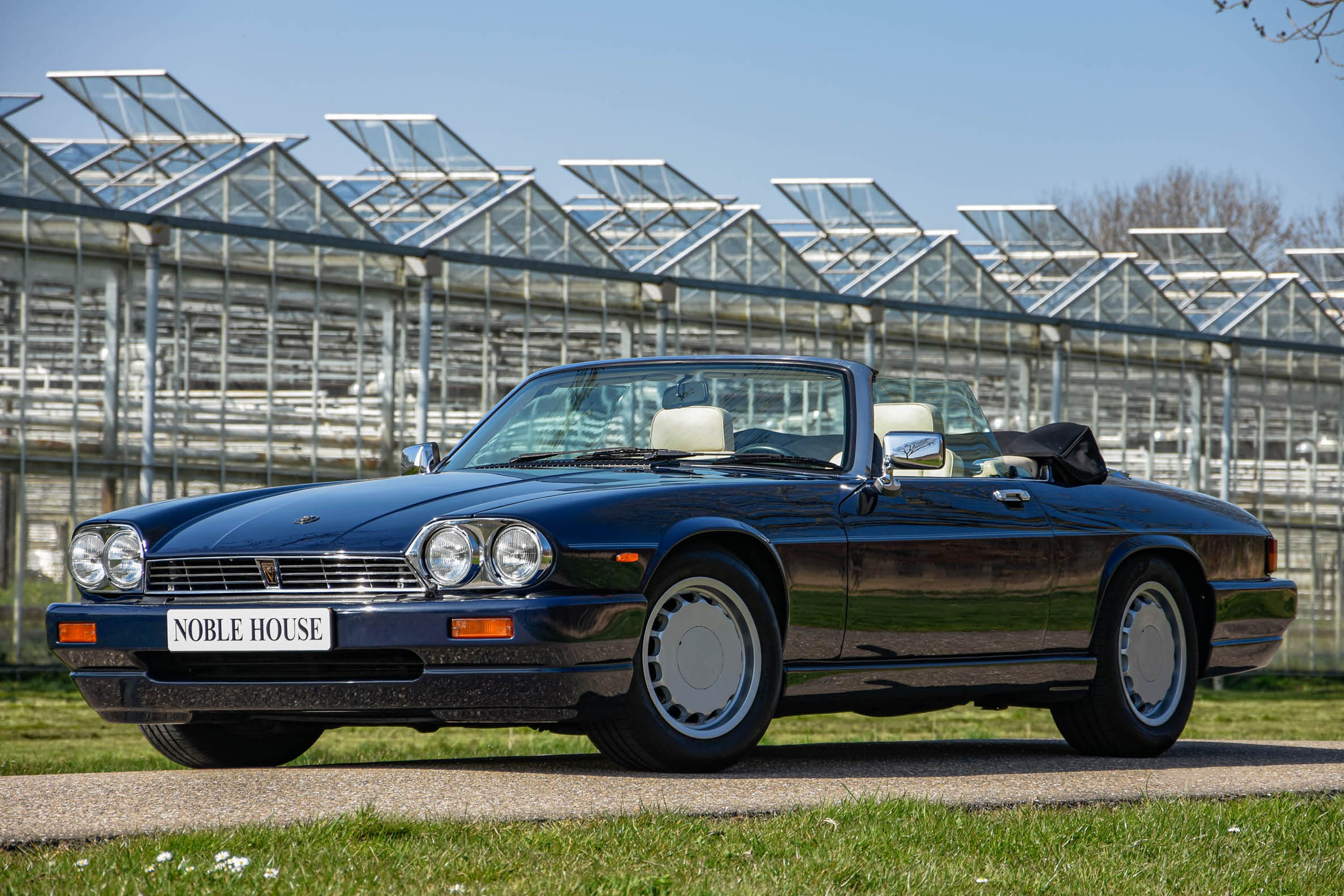 Launched way back in 1975 to replace the ageing E-Type, the Jaguar XJ-S Coupe was largely designed by Jaguar’s legendary aerodynamicist, Malcolm Sayer. Conceived as a comfortable and long-legged Grand Tourer rather than an out-and-out sports car like the preceding E-Type, the XJ-S made use of the Jaguar XJ6/XJ12 saloon platform and running gear. The XJ-S debuted as a V12-powered coupé, with six-cylinder and soft-top versions following in the late 1980s. In 1988 a full convertible was showed for the first time on the Geneva Motor Show.

Thoroughly re-engineered to compensate for the lack of a tin-top, it featured a reinforced floor pan, frameless doors and sophisticated electric hood complete with heated glass rear window. Underpinned by the same all-round independent coil-sprung suspension and power assisted rack and pinion steering as its fixed head siblings, the soft-top XJS came with anti-lock brakes as standard.

This XJS convertible is delivered new at 19 May 1989 to her first owner in Belgium by the Belgian Dealer Thaens in Hasselt. The first owner had the car until July 1998 after which she was sold to the second owner in the Netherlands.

The service history is excellent which is shown by the Belgian dealer stamps in the service book. Oil service and filters, brake fluid, spark plugs and so on were done by the book. The extensive history file shows many sales invoices of parts supplies from specialized Jaguar dealers and work done by Jaguar specialists like garage Thaens in Hasselt and garage Peeters in Turnhout (both in Belgium).

In 2006 the second owner decided for a respray which is documented by many photos. The respray was done in the original color Westminster Blue which matches the car perfectly in combination with the Magnolia interior. The XJS is additionally provided with a TWR body kit: wheels and steering wheel are changed and side skirts added.

In 2015 the XJS participated in the JDCH Concours D’Élegance in the Netherlands and won the Concours as best of its class. Her owner was filled with pride!

In May 2017 the XJS was bought by her current, third owner at 81.736 km. He immediately decided for some improvements and upgrades at Noble House. The following work was then carried out:

The Jaguar XJS comes with the original owner’s and service manual in Dutch, a JDHT Heritage Certificate, a repair manual, a valid, Dutch MOT and car cover.