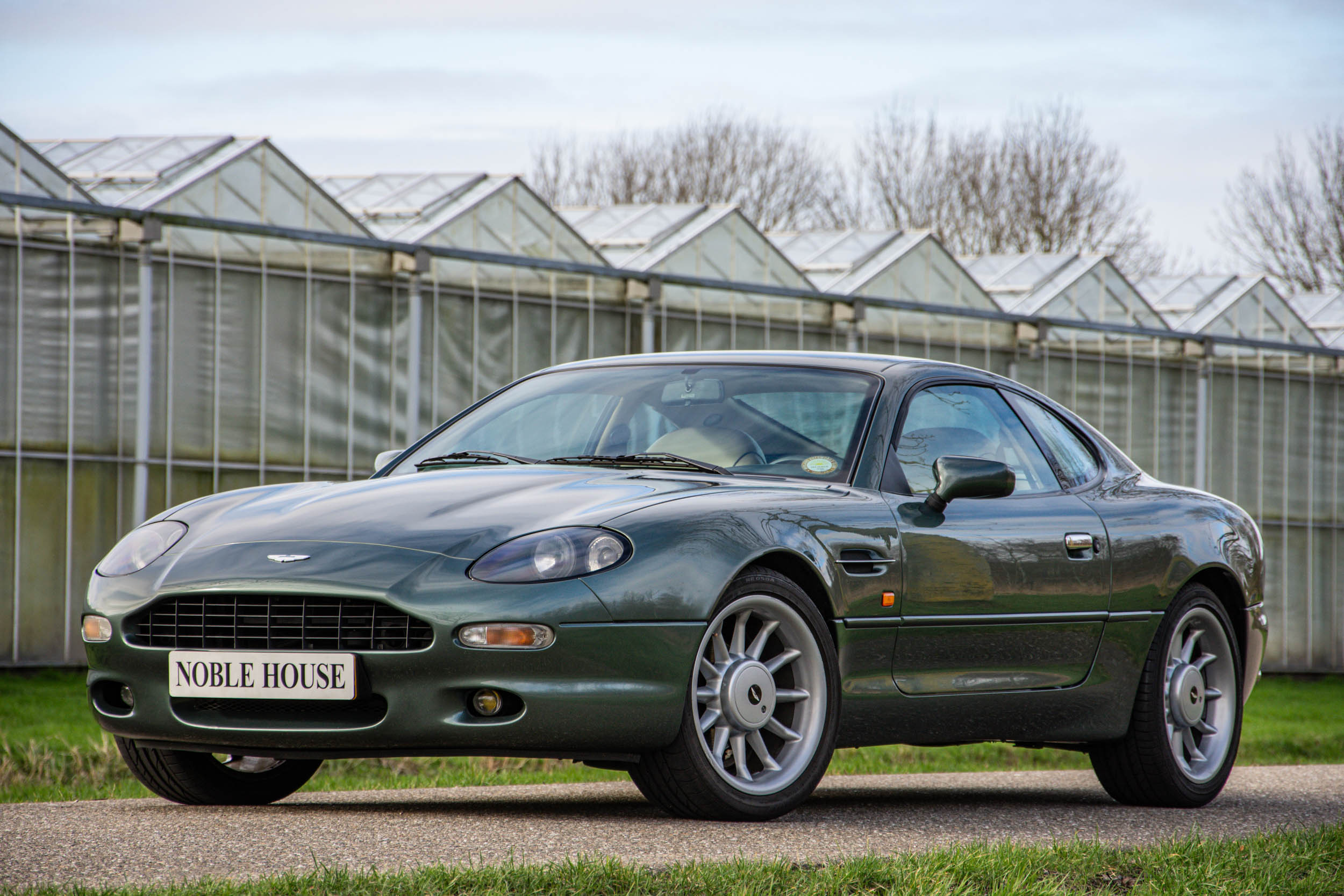 Production of the DB7 began late 1994 with just a few cars delivered to customers before the end of the year. They were built at the new Aston Martin factory at Bloxham in Oxfordshire. The construction of the DB7 was a significant departure from previous AM practice as the body structure of the first 200 DB7’s built was a steel semi-monocoque with some composite panels such as the nose and bonnet. These early cars are also known as ‘pre-airbag’ cars or very occasionally ‘Series 1’ cars.

The DB7 is produced in 1994 and delivered in January 1995 by Aston Martin Michiels Antwerp to a Dutch Diplomat in Belgium in the exterior color Chiltern Green. The Aston is sprayed by Rolls Royce in Crewe as Aston Martin did not have their own paint shop back then. The first owner drove the car in Brussels for almost 2 years on a diplomatic license plate.

In October 1996 he took her with him to the Netherlands where the DB7  got an official, Dutch registration. The second owner was a citizen from “ ‘t Gooi”  in the middle of the country, a well-known area for its wealthy inhabitants.

The current, third owner, bought the DB7 Coupe in 2008 with about 75.000 km on the odometer. He is an Aston Martin lover and enjoyed the car regularly during the year. The car is always stored in a heated, dry garage and never used in the winter period.

Since 2008 the DB7 had her regular maintenance which is recorded in the maintenance book. Service is always done by official Aston Martin dealers, since 2017 Noble House was responsible for service and repairs. To mention a few repairs:

The paint is still original as there was never a damage on the car with the need for a (partial) respray. Invoices from service work and repairs are with the car as from 2008, including the owners and service manual. The service manual is stamped by Aston Martin dealers according the official Aston Martin service scheme and has a total of 17 maintenance stamps!  The DB7 has a fresh MOT (APK) valid till end of December 2022.

The last owner changed the previous radio to a period correct Becker radio.

This DB7 Coupe is a rarity in itself; one of the first DB7s delivered, a manual gearbox and a composite hood and nose. Don’t miss this exceptional opportunity!