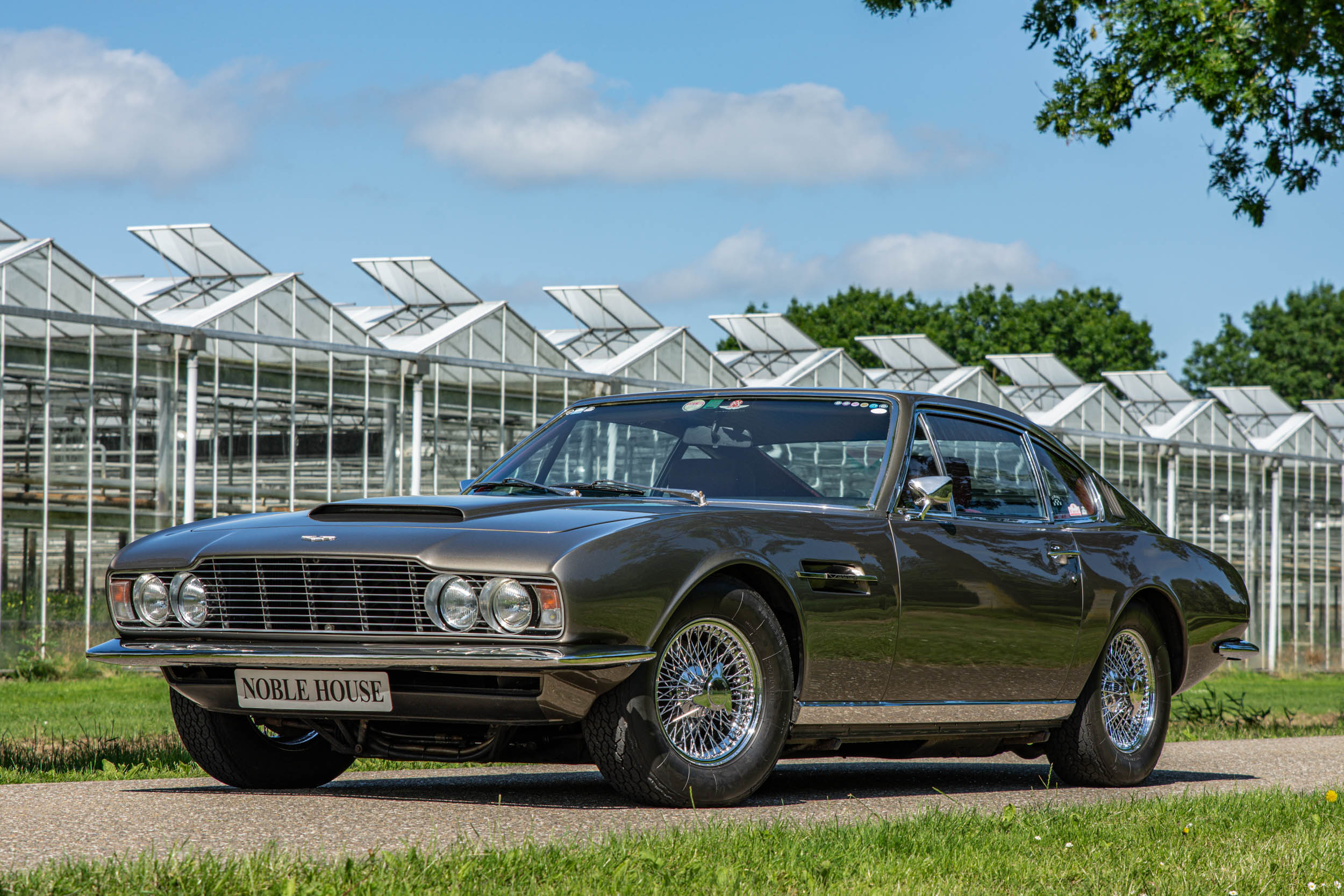 There’s never been an Aston Martin that wasn’t counted amongst the fastest cars of its time. The DBS, introduced in 1967, is sometimes seen as an exception to the rule. This was because it was larger and heavier than its predecessor, the DB6, while it had adopted the same engine. Still, the DBS – with its four-liter, 268 bhp, six-cylinder engine – offered excellent performance.

However, clients who feared that the performance of their brand-new DBS’s wouldn’t live up to their expectations were allowed to order the faster and sportier DBS Vantage at no extra cost. The three SU carburetors were replaced with a set of 3 Weber double carburetors. Aston Martin also increased the compression ratio and added sharper camshafts for improved engine aspiration. The results spoke for themselves, since the DBS yielded no less than 325 bhp following these modifications. The new exhaust note also announced these changes!

Although less well known as such than the earlier ‘DB’ series, the DBS is another ‘James Bond’ Aston Martin, having featured in the 1969 motion picture, On Her Majesty’s Secret Service, starring George Lazenby as the eponymous secret agent.

This 1968 Aston Martin DBS Vantage can be described as a very good driver. Before Noble House sold the Aston Martin to the current owner in 2012, the DBS only travelled 81,314 miles.  The former owner, a garage from Wales, also had the DBS for more than 10 years. They put an enormous effort into the restoration of the Aston Martin of which the invoices are part of the extensive history file.

As part of the restoration process, this DBS Vantage was fully re-sprayed in stunning Olive Bronze Metallic. It also received new brakes, wire wheels, new carburetors and parts for regular use were renewed like tires. A lot of work was also carried out on the engine: the cylinder head was overhauled and the engine was fitted with new Weber carburetors. The interior, finished in bright red leather, is also in good to excellent condition with some minor signs of patina.

The current owner has the DBS for 10 years now and invested more than Euro 33.000,- to keep her in excellent driving condition. Work what is done over the past years:

The history file consists of many invoices from work done by the current owner and the restoration work done by the garage in UK. With the car comes the AM Heritage Trust Certificate, FIVA pass, built sheet and original DBS instruction book.  She is Matching Numbers!

Now that more and more enthusiasts and investors are displaying growing interest in the classic Aston Martin DBS designed by William Towns, the time is ripe to invest in a DBS in general, and in a rare DBS Vantage in particular. The DBS Vantage is the choice of the true connoisseur and Aston Martin Lover.