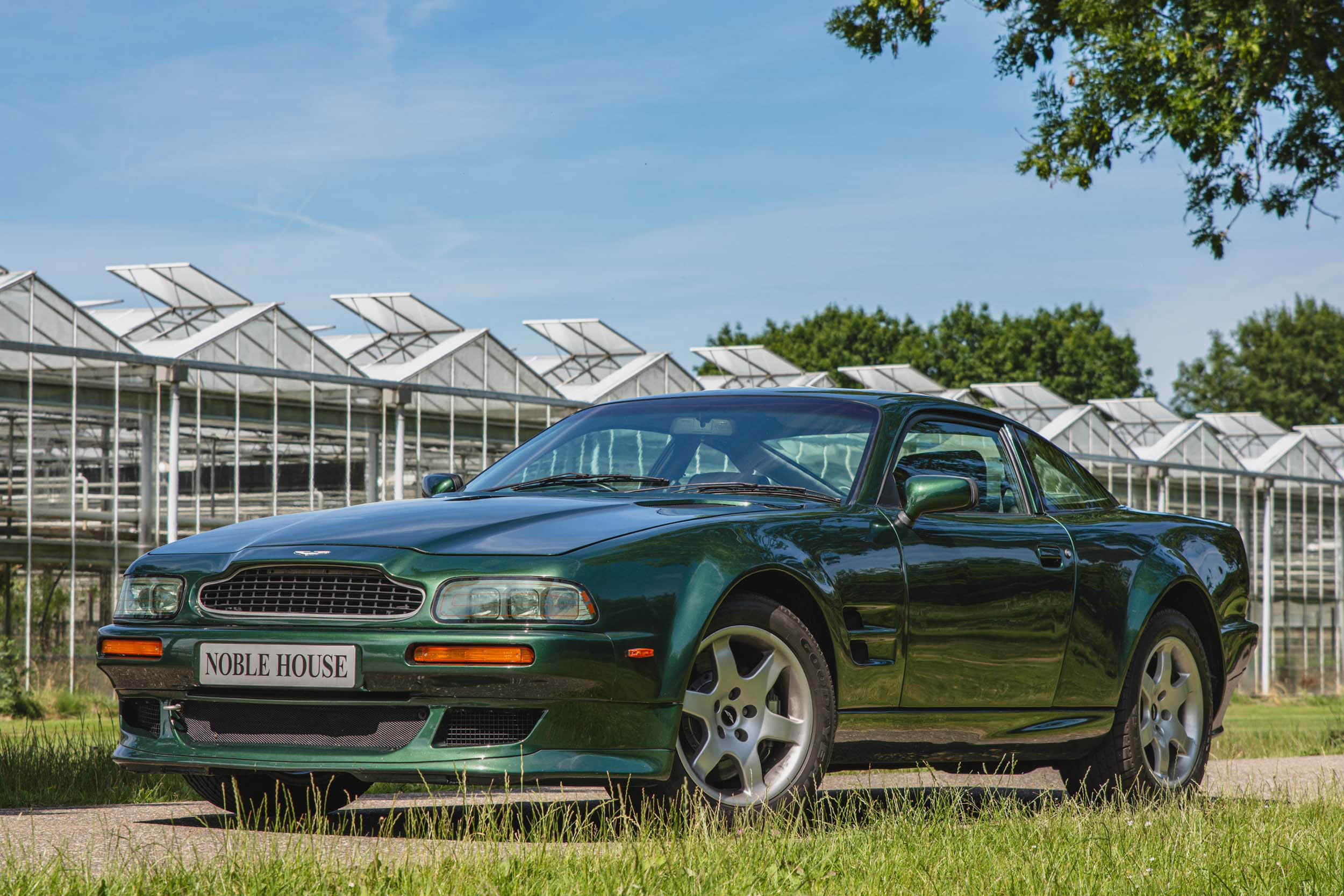 DP2055/1 was body wise an Aston Martin Virage, but fitted with Vantage engine, transmission, suspension and Vantage front spoiler. Because it looked like a Virage, but was technically a Vantage, it was nicknamed “Virtage”. This Virtage was used for the technical testing of the Twin Turbo engine and other technical components.

The first Vantage production models were delivered in October 1992, this is 17 months after the registration of DP 2055/1.

DP2055/1 is fitted with the 600HP engine, which was downsized to 550HP for the production models. The V600 version was later in the production process though a much-wanted Twin Turbo Vantage option.

After the testing period, DP2055/1 lingered in a corner of the Aston Martin facilities for a while and was sold in 1995 to a well-known Aston Martin dealer/collector.

This collector changed the aluminium panel work of the Virtage to Vantage production specification. The work was carried out by Shapecraft in 1995, according to the documents in the history file.

Noble House acquired this important piece of Aston Martin history many years ago and she is part of the Noble House Prototype collection.

Due to reducing the collection, DP 2055/1 is for sale and it gives a new owner a unique opportunity to restore it in its former glory and bring the Virtage back on the road.  For sale As Is or including recommissioning by Noble House.