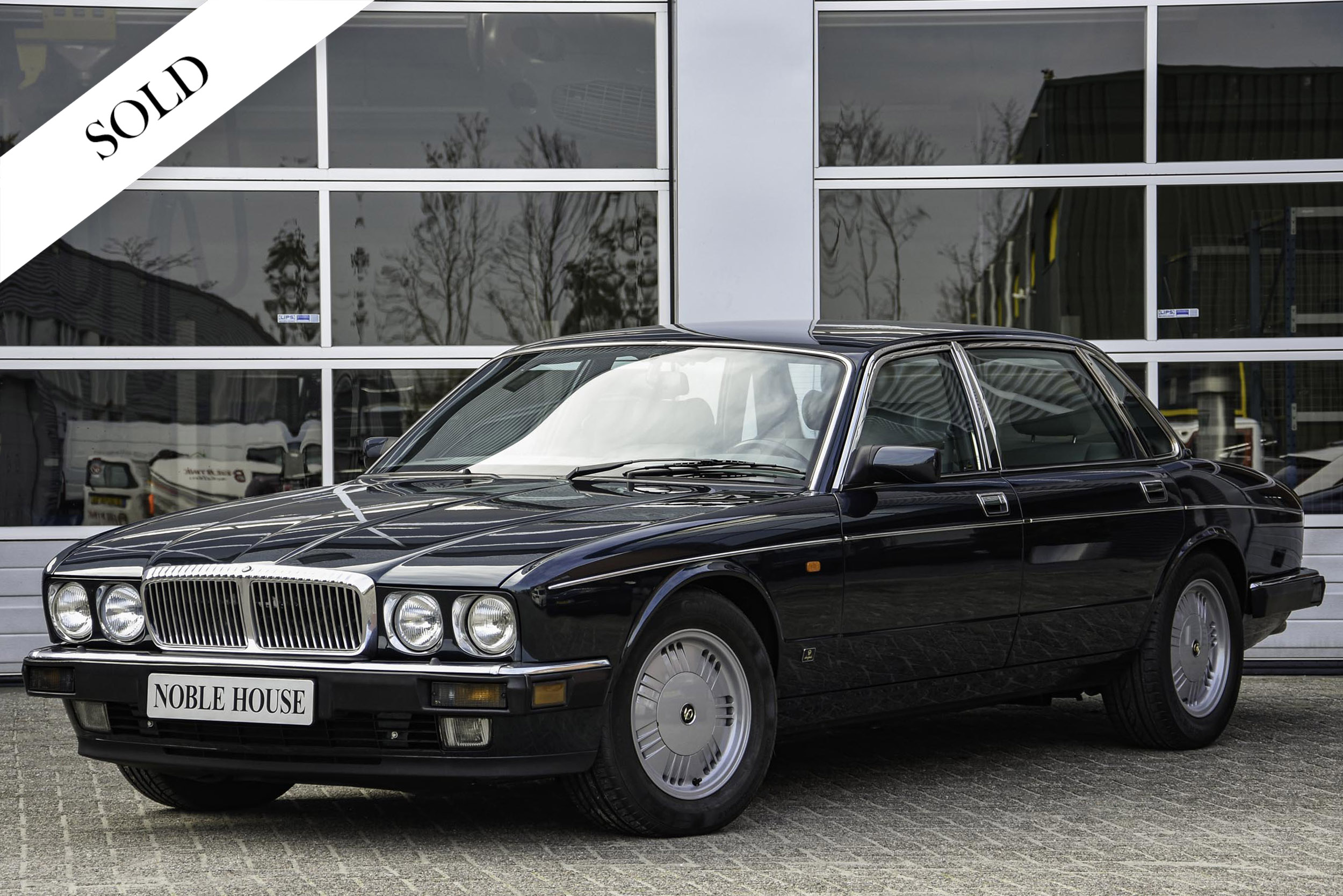 When production of the Daimler DS420 finally came to an end in 1992, Jaguar did not want to make those experienced craftsmen redundant. Jaguar filled the gap in Special Vehicle Operations ( SVO ) with the launch of the Majestic and even further with the Insignia range. Both represented top of the range Jaguar/Daimler, which were hand finished and with maximum attention to detail. These automobiles consisted of a unique range of 10 exterior paint and 10 interior colour options, allowing a buyer to truly personalise one’s Jaguar or Daimler. SVO even gave the possibility of two-tone interior and coloured walnut veneers.

Of the Jaguar XJ40 208.706 cars were build between 1986 and 1994. In these vast numbers only 50 Daimler Double Six Majestics were built, RHD and LHD together. Of the 50 Daimlers, only a handful were made as Insignias. This makes the Mineral Green Metallic Daimler Insignia truly unique, we believe it to be the only one in the world.

The Noble House Daimler Double Six was delivered new in Belgium in July 1994. In 1999 the Daimler was exported to the Netherlands and in February 2000 she received a Dutch registration.

In August 2011 the Daimler was purchased by Noble House. After purchase Noble House invested in:

Photos of the Noble House restoration are available, as also specifications of parts added, and work carried out.