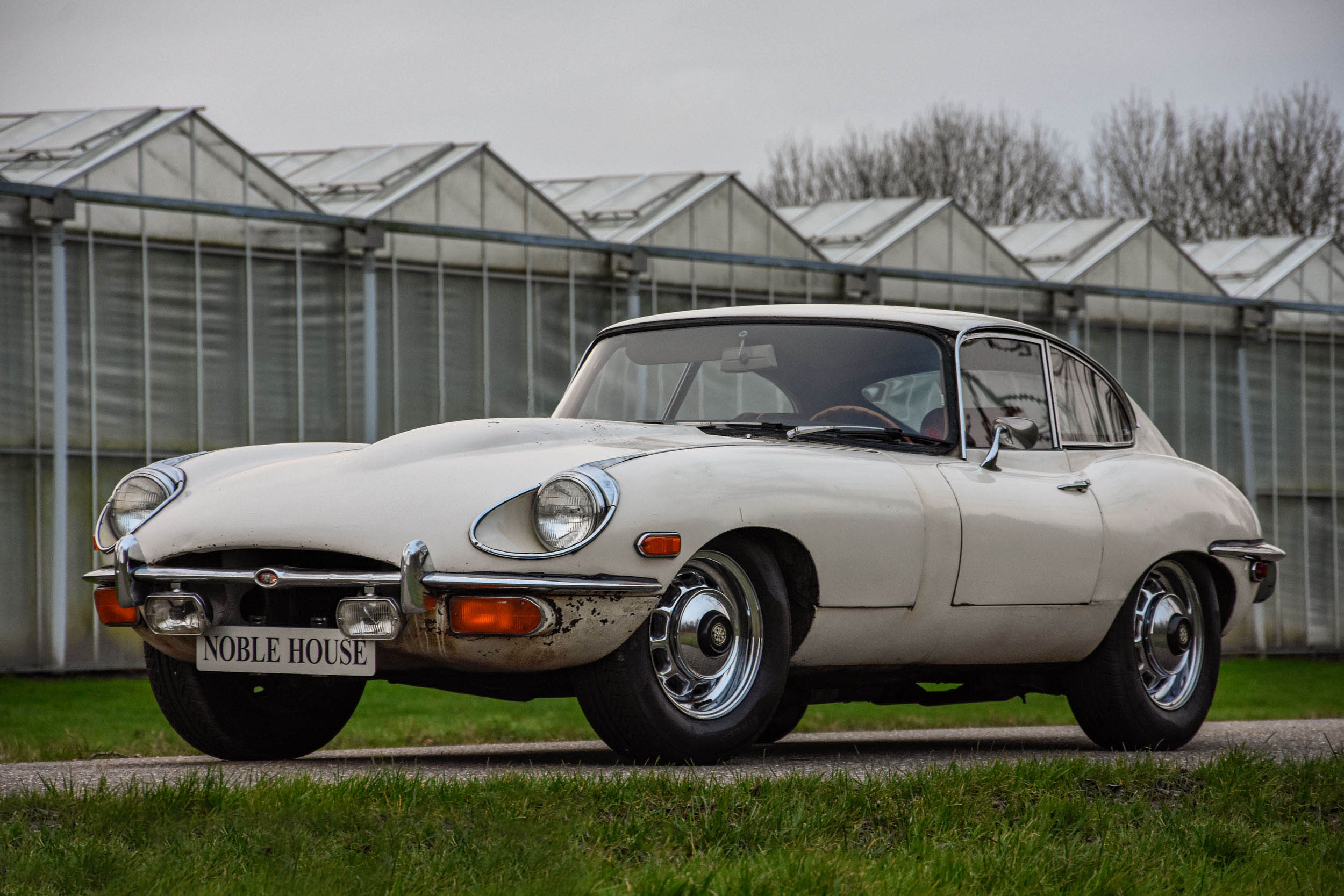 The Noble House E-Type was built in October 1969 and carries chassis number 1R26988.

Unfortunately, a little is known about the history up to 1984, on 25 May 1984 the E-Type was bought by Kenneth Jackman, of Acton, Ontario.

On 14 June 1985 the E-Type changed hands and the new owner was Michael D. Brake from Toronto.

On 16 December 2003 the E-Type came in the ownership of Elizabeth Brake, the wife of Michael Brake.

The Series II Coupé is almost fully original and unspoiled. It has been repainted once in its original colour Old English White, but seen the quality of the paint now, that was done a long time ago. The interior has a wonderful patina and can mostly be reused during a mild restoration of this E-Type. The E-Type runs and drives.

A Series II E-Type 2 seat Coupé is the best driving specimen of all E-Types. The Noble House E-Type is an opportunity not to be missed!

This exclusive E-Type is an excellent candidate for a mild restoration to original specification or changing it into a Restomod. Noble House will gladly discuss all possibilities with the new owner.

If Noble House gets the assignment to carry out the restoration/ Restomod conversion from the new owner, a discount on the selling price can be discussed.