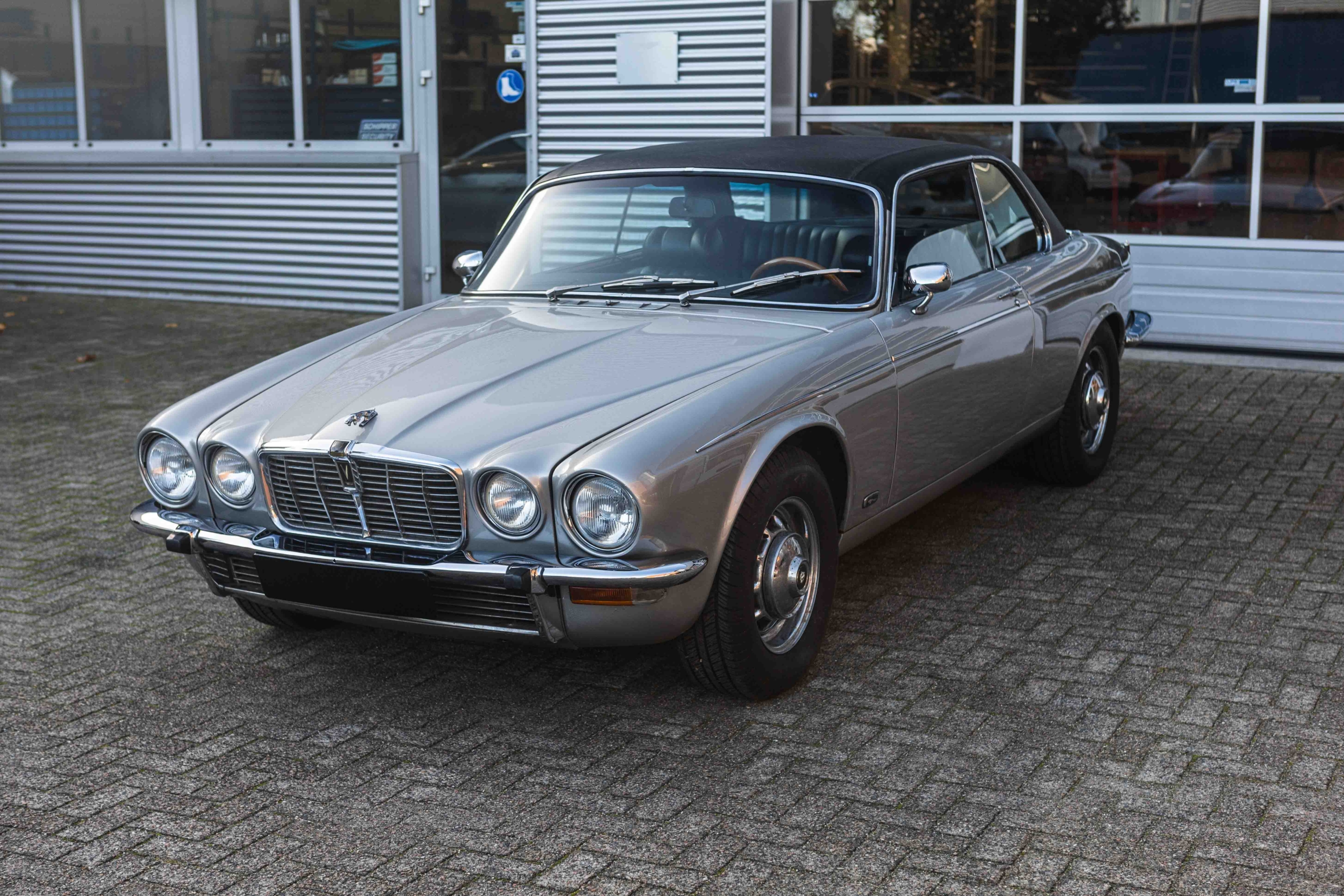 The Jaguar XJ 12 Coupé with chassis number UG2G50458BW was delivered new to a Canadian Company in Los Angeles. In 1985 the Jaguar moved from Los Angeles to Toronto. The mileage at that moment was 48.974 ( 78.360 km ). Between that moment and September 1996, the XJ Coupé was dry stored and not being driven anymore.

In the summer of 1996, the Jaguar was offered for sale to Noble House and of course we could not reject this possibility. A one owner, rare XJ 12Coupé (only 1.105 examples build) like this Jaguar rarely comes on the market. After arrival in the Netherlands the XJ Coupé found a new home immediately.

The selling price was HFL 49.500,00 excluding VAT (in Euros, 22.500,00). Extensive work was then carried out by request of its new owner, this work is documented on invoices and pictures. In May 1997 the Jaguar XJ Coupé was delivered, including its Dutch registration. Also, after delivery further work was carried out like engine reconditioning, body work restoration and painting. In total the owner spends Euro 91.000 on the XJ Coupé for purchase and restoration work.

Due to personal circumstances the Jaguar had to be sold in 2001, Noble House purchased her back. Being such a lovely Coupé, she was used for several years as one of the Noble House company cars. In 2006 the Jaguar was sold to its third owner, which used the Coupé sparingly as daily driver. After 2012 the Jaguar was not used anymore and she was dry stored, up to 2022. Noble House bought the Coupé back from this owner and started with recommissioning. This meant work like fully reconditioning the brakes, cooling system, rust treatment, replacing some chrome parts, flushing the fuel system and so on.

The Jaguar XJ Coupé has an extensive history file which includes the original Passport to Service, the original owner’s manual in its original holder, the purchase inspection report of 1996, all invoices for service and restoration as from 1996 and many pictures of work carried out.

The price mentioned is “As Is “. After the recommissioning, we are carrying out now, we want to do test runs and perhaps further work needed will follow from the test runs. The price will accordingly change.