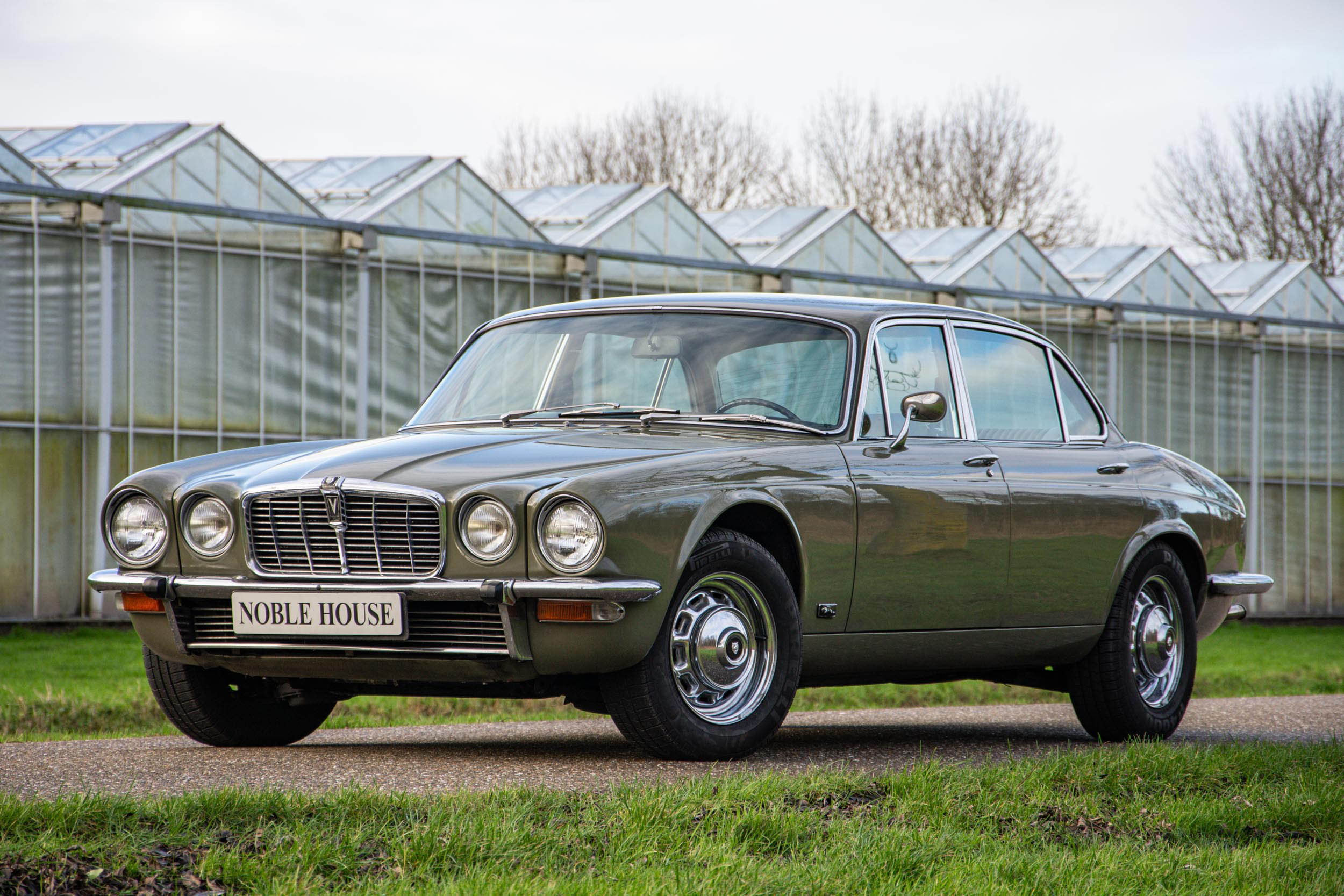 The Jaguar XJ 12 Series II is, according to the Passport of Service, delivered on 13 March 1974 to Dr.Wilhelm Schneider in Fribourg, Switzerland.

Dr. Wilhelm Schneider was born in 1900 and died in 1980. In the Thirties of the last century Dr. Wilhelm Schneider worked for AGFA in Germany and he played an important role in the transition of black and white photos/ films into colour. Dr. Schneider was that important that at the end of the Second World War his AGFA information was handed over by him personally to the Americans, to prevent the information falling into the hands of the Russian army!

After the death of Dr. Wilhelm Schneider the Jaguar was sold to Olivier Gasser, from Corbières, Switzerland. As an engineer, he serviced the Jaguar himself.

The Jaguar XJ 12 was fully original at the moment bought by Noble House. Paint, interior, bodywork, engine, transmission and so on were unrestored and unmolested. This with one exception:  Noble House bought the XJ 12 from a high school principal and one of his pupils made a scratch on the bonnet, as being unhappy with a report grade. Noble House tried to retain the fully original paint by polishing the bonnet paint, but this proved to be insufficient. So, the bonnet and part of the front was repainted.

After receiving the car in our work shop, Noble House carried out the following work:

The Jaguar XJ 12 Series II stayed in the Noble House collection for a few years, to be enjoyed by ourselves. We enjoyed very much to drive such an original, unmolested Jaguar, which drove like a new car.

After buying this beautiful XJ 12 back, Noble House did the necessary service and fully rebuild the 4 carburettors. Due to little use in the last few years, the fuel system also was flushed. Another Euro 5.000,00 including VAT was invested by Noble House.

Price is  “ As Is “ which reflects its original condition. We are in the process of doing further test runs, to check and upgrade the quality of this exceptional Jaguar.