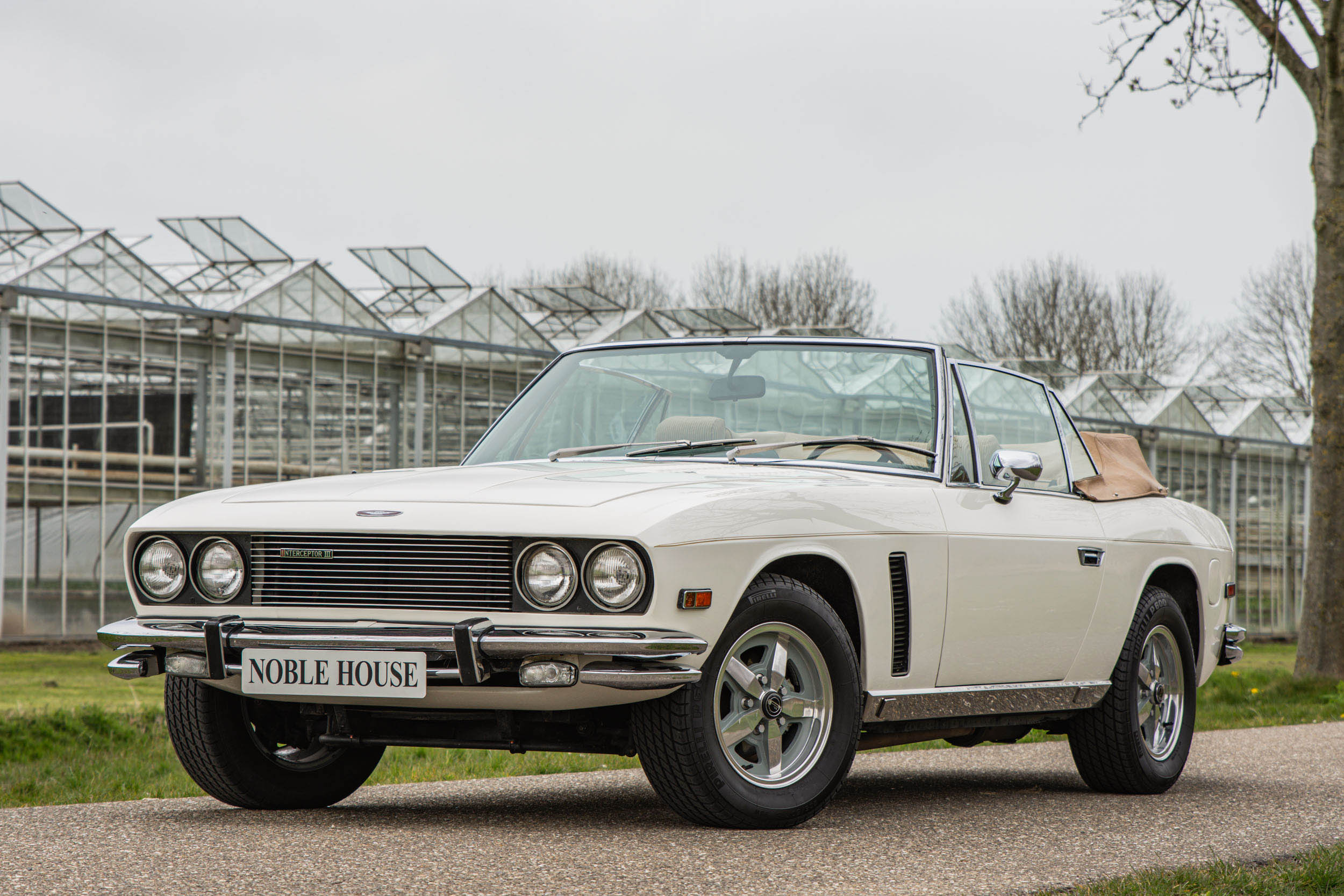 With only 508 examples built, the Jensen Interceptor Convertible is a highly exclusive car ever since its launch back in 1974. And that is exactly the way it should be with a rarely luxurious Grand Touring. The Convertible was first introduced in 1974, the very last examples were built in 1976.

The body was not developed in-house but designed by Carrozzeria Touring in Italy.

This Jensen Interceptor Convertible was one of the last examples built before the factory stopped the  production in May 1976. The car was sold to K.C. Mackenzie & Associates in Edmonton in Canada on 17 March 1976 by the official Jensen dealer in Edmonton. The Jensen was delivered in the color combination White with Beige interior.

The first owner used the Jensen until 1996. He maintained the Jensen extremely well and decided for a complete respray in its original color in 1992/1993. The car was stripped to bare metal first. The total investment of the respray was around $ 15,000. When stripping the car, it came out that the body was still in an immaculate condition, so restoration of the body was not necessary at all.

In July 1996, the Jensen Convertible was sold to her second owner in Canada, Mr. Horsman . The Jensen was always stored in a heated garage, protected against the rain and freezing winters in Alberta.

Mr. Horsman had the engine reconditioned and upgraded to 400 bhp in 2005. Additionally, following work has been carried out:

In 2008, the steering rack was reconditioned by a specialist in Seattle. In 2009, the transmission was rebuilt by a local specialist in Calgary. Invoices from the rebuilt and reconditioning are available in the history file.

Noble House bought the Jensen Interceptor Convertible in 2016 from the second owner and did the following repairs to get the car in an excellent condition:

Noble House invested about Euro 12.500,-  on repairs in the Jensen Interceptor after arrival in our workshop.

In January 2017 the Jensen was sold to a Dutch classic car collector who invested another Euro 12.500,- in:

The engine starts easily, runs well and is in very fine condition as are the brakes, steering rack and transmission. The interior is being refreshed and in clean condition, it’s highly original. The Convertible top, in tan color, is also in very good, original condition.