NEW: Austin Martin Tickford Taxi, the Only One made! 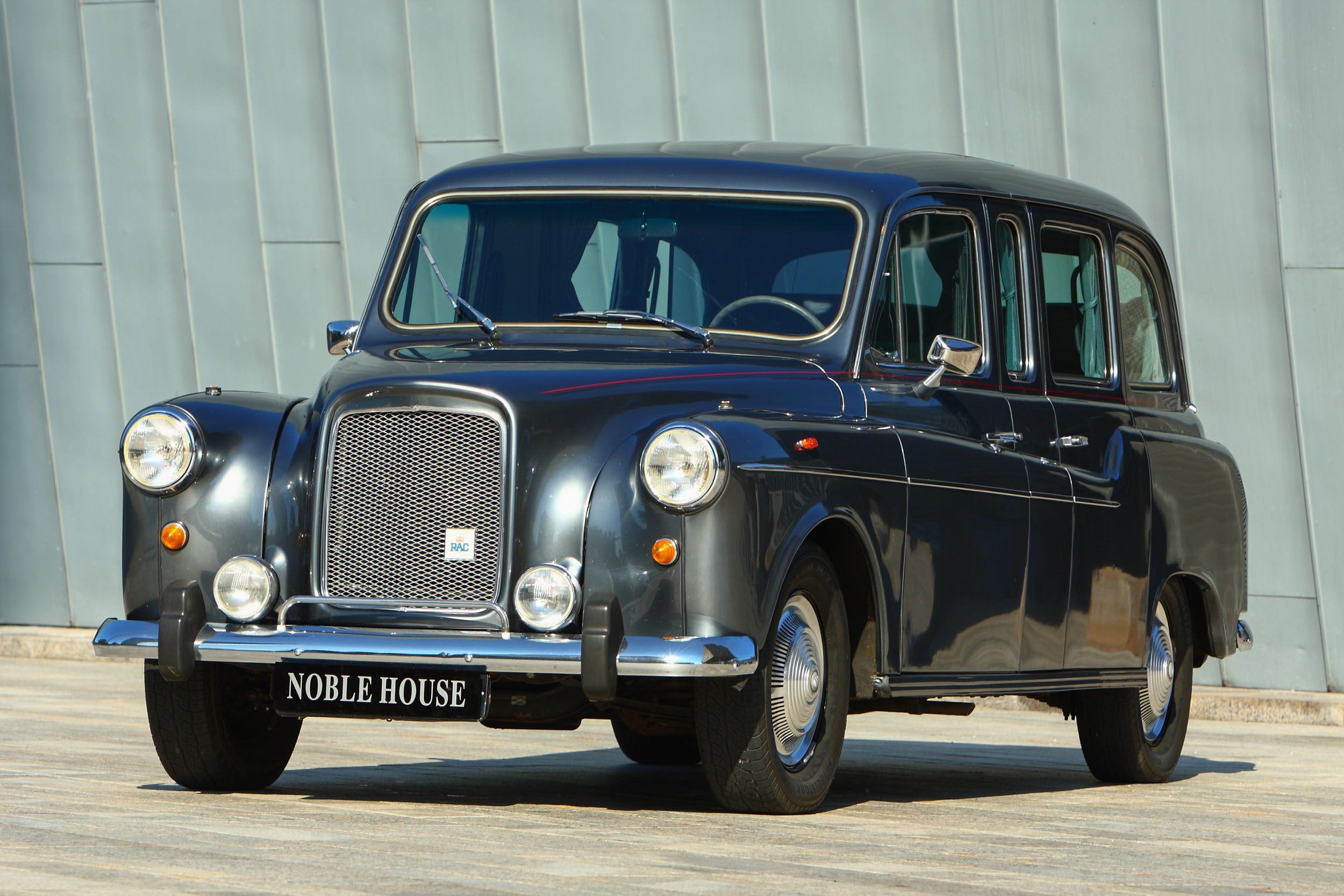 Early 1984 Bill Wallace from Atlanta, Georgia, approached Aston Martin with an unusual request. Would Aston Martin Tickford be willing to build a special Austin Carbodies FX4 Taxi for him? Despite the unusual question Aston Martin responded positively and this was the start of a long-term relationship. Not only the building process asked time and energy, also the preparations took a lot of time seen the very specific wishes of Mr. Wallace.

According to the thick history file (4 binders!) Bill Wallace visited Carbodies on 8 March 1984, to buy a FX4 Taxi. In close contact with Grant Lockhart, Fred Reynolds and David Abraham (all three of Carbodies) was decided to buy chassis number FL2R/PL/BX/057977, a Limousine version with automatic transmission. Abrahams was also appointed as contact person to arrange the transport of the taxi to Aston Martin Tickford. This took place on 5 April 1984. Contact person at Tickford became Nigel Shepherd.

A wishing list of 11 pages with 48 specific wishes was given to Tickford. In addition, tens of pictures were handed over by Bill Wallace of various taxi’s, Rolls Royces and Bentleys to make his interior wishes clear through official factory photos. Based on these pictures Tickford made several drawings (Cad/Cam did not exist in those days yet) and after making several choices a first quotation could be send to Georgia on 23 May 1984. That quotation was GBP 26.820, excluding colour television, videorecorder and radio/ cassette player.

Various visits were done by Bill Wallace during the building process, to follow the progress actively. Days noted in the binders are 9 July, 18 September and 20 December 1984. During the visit of 18 September the possibility was discussed to transport the Taxi to the USA by plane. Due to the high costs ($ 6.700) this was not done.

Although delivery of the Austin Martin Tickford taxi was planned for October 1984, it was severely delayed. September 1986 the taxi was received by Bill Wallace. The price tag rose to GBP 44.000, about 10% more than the price of a new Aston Martin V8 Saloon. Despite the long and complicated building process Bill Wallace send on 31 October 1986 an extensive thank you letter to Aston Martin Tickford. It surpassed his expectations and it was the intention of Bill Wallace to keep his beautiful taxi until “ I am in a nursing home or in the grave”. By circumstances the Taxi was sold to a second connoisseur and through a third owner Noble House bought this one of a kind Austin Martin for its Prototype collection.

Due to reducing the collection, the Austin Martin is for sale and it gives a new owner a unique investment opportunity to own a piece of Aston Martin history.